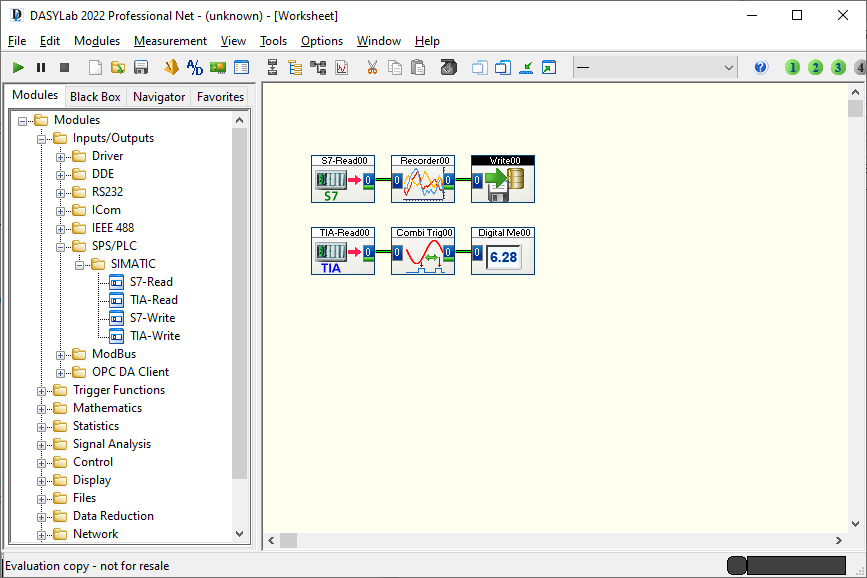 Python-Script Update
The Python environment integrated in DASYLab has been updated from Python version 2.7 to version 3.9. This also requires changes to Python script modules from previous DASYLab versions. Instructions for the changeover can be found in the DASYLab 2022 help. 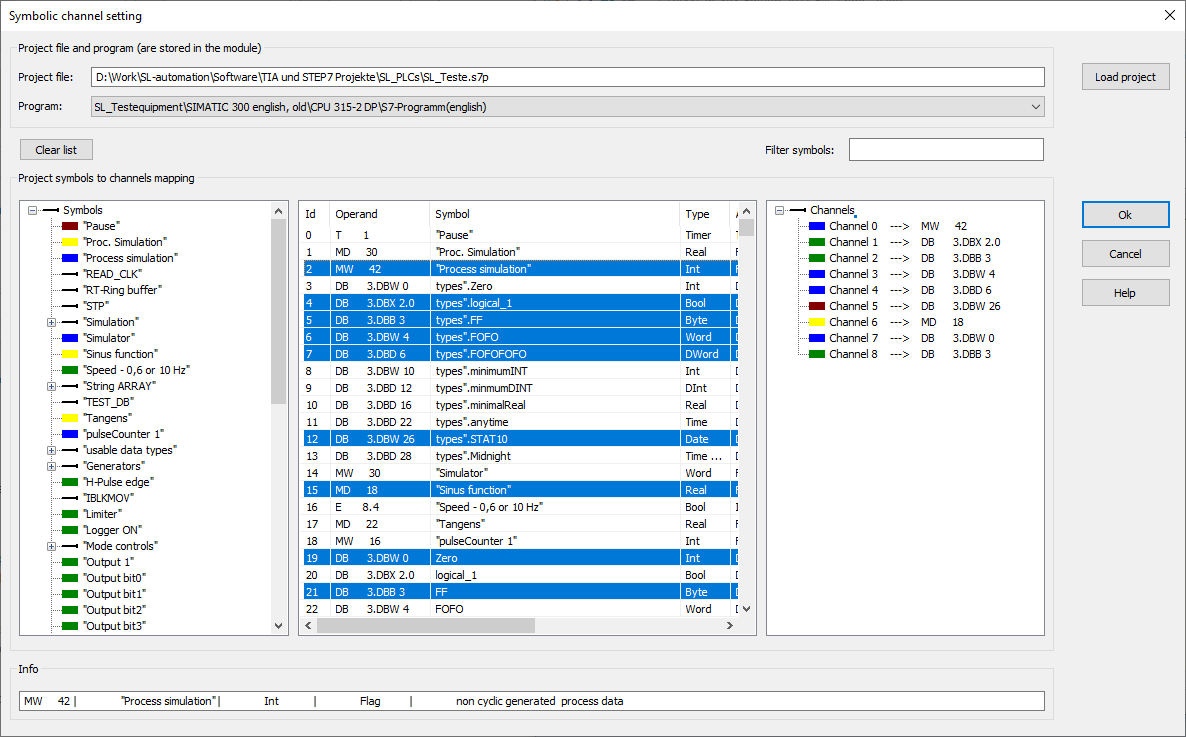 New DASYLab Module: Collection
The collection module provides a data structure with which single values are managed in the form of a queue or stack. The stored values can be read out again by action or control input in the appropriate sequence and used further in connected modules.

TCP/IP command server in DASYLab core
DASYLab now provides a TCP/IP command server that can be used to send simple text commands to a running DASYLab. The commands are based on the commands DASYLab understands as a DDE server. Single variables and strings can be read or written, measurements can be started and stopped, and circuit diagrams can be loaded. 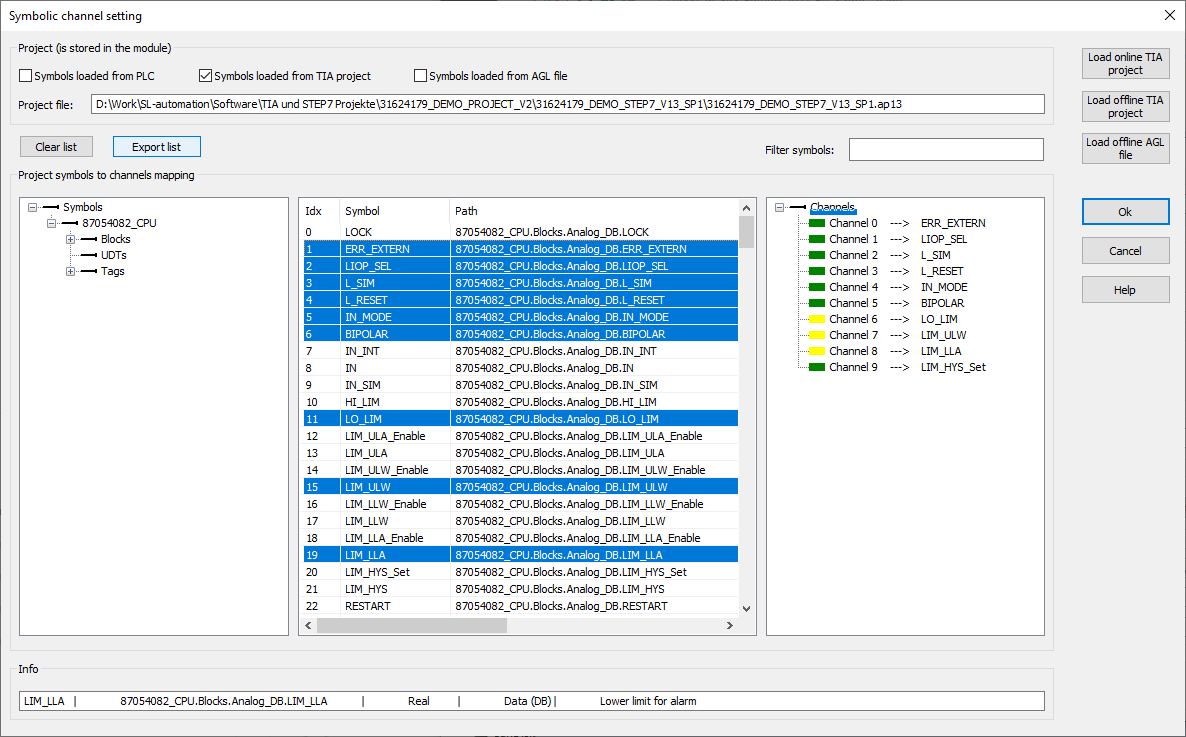 Improved Autorouter for Module Connections in the worksheet Editor
The algorithm for the autorouter of module connections has been revised: Connections between modules are now created more logically and coherently. In addition, it is now possible to have DASYLab automatically create and manage taps on data lines. Line taps no longer remain at their original position when moving module groups, but are now correctly moved when moving the module group! FINALLY!!!

SmartMux
The SmartMux options in the Multiplexer module introduced with DASYLab 2020.1 are now supported in more modules. Thus, channel groups formed with SmartMux can now also be resolved again within the worksheet. Writing SmartMux data is now also supported in other file formats. In DDF format, the SmartMux information remains transparently present in the file when it is read in. The SmartMux information is also evaluated when writing data in TDM/TDMS, ASCII and Famos formats. The original channel names and units are retained without further intervention and are automatically applied when writing to the file.

Module Slider
The slider in DASYLab can now have a horizontal orientation.

Further innovations in DASYLab 2022
The default font of DASYLab has been changed from "Arial" to "Sengoe UI".

Position and size of documentation frames in the worksheet view can now also be changed numerically in the dialog.

Statemachine module: In the 'Counter' and 'Variables' tabs of a step definition, links to global variables can be created in the 'Change' field. The 'Set' field in the 'Variable No.' mode displays a defined variable name instead of just the variable number.

The appearance of the diagram module has been adapted to properties of classic visualization modules (line plotter, Y/t-graph, etc.), so that e.g. window size after module creation and default color assignment of channels match.

DASYLab API: SmartMux functions are now also available in the Extension Toolkit (EXT) for developers. The toolkit version has been increased.

We use cookies on our website. Some of them are essential for the operation of the site, while others help us to improve this site and the user experience (tracking cookies). You can decide for yourself whether you want to allow cookies or not. Please note that if you reject them, you may not be able to use all the functionalities of the site.